Whether you’re new to the Joanna Gaines fandom or you’ve been on this train awhile, it’s no secret that she can do it all. Home decor, DIY, fixing upping, and baking!

The Crew’s Cookie recipe by Joanna Gaines was featured in her second cookbook (find it here), and it’s such a classic!

Unlike her chocolate chip cookie recipe which features, well, chocolate, this is a cinnamon and sugar cookie with a glaze frosting that tastes like a snickerdoodle lite.

While cookbooks are great, I always like to test a recipe and show you step-by-step photos as sometimes, there are extra notes or steps that I find during the baking process.

Before you can embark on the latest Joanna Gaines baking magic, you’ll need some ingredients (obviously, unless you’re Jo in which case you can probably just make cookies out of thin air).

For this recipe, you’ll need:

Start by creaming the butter and sugar together until you get a fluffy mixture.

She uses a stand mixer, but I used a handheld one.

Add in the egg and vanilla, and continue beating until mixed together.

In a separate bowl, combine the flour, ground cinnamon, baking soda, and salt.

Mix with a fork or whisk to blend together. We do this so the ingredients distribute evenly.

Slowly add in the dry mixture to the wet mixture, bit by bit until it’s all one dough.

Now, because this is a dough that we’re rolling out, we do not want the dough for these Joanna Gaines Crew’s cookies to be too sticky.

My ingredients do not match hers exactly because I added a bit of extra flour at the end as mine was too sticky to roll.

When you’re convinced that you have a dough that you can pick up in your hands without it all sticking to you, get out a piece of parchment paper and put the dough on top of it.

Put another piece of parchment paper on top, and roll out the dough to about 1/4 of an inch thick.

I use helpful rolling guides, but you can also improvise with dowel rods or other things in the kitchen.

Using a cookie cutter (I went for a flower shape), cut out all of your shapes.

She says to do this on a baking tray, but I simply pulled the scraps away and put the shapes in the fridge on parchment paper, then transferred to the baking tray later.

Chill the dough cut-outs for at least 30 minutes, according to the book. I did an hour to be extra sure.

We chill the dough so that it doesn’t spread in the oven and your cut-outs remain cut-outs and not blobs.

Finally, bake for about 8 to 10 minutes or until the edges have just gone a golden brown, and let cool on the baking tray for 5 minutes.

Transfer to a wire rack and let completely cool so the glaze doesn’t melt when you put it on!

How to Make the Glaze

The glaze for these cookies is a simple combination of three ingredients: powdered sugar, vanilla extract, and heavy cream.

You’ll first mix about half of the heavy cream with the powdered sugar and vanilla, and then slowly add in the rest until you get a consistency that she calls “glue” like.

This photo below shows a glaze that is way too thick.

For me, I went for a consistency that was a bit thinner than glue, as I find that easier to work with in a piping bag, but you can experiment.

As long as you don’t have something so runny that it runs right off the cookie as soon as you pipe it on, you’re good.

If you end up having your glaze be too runny, simply add more powdered sugar.

Using this glaze is very similar to my royal icing decorating tips, though it’s not royal icing.

Get a piping bag (or a ziploc bag) and put it, open, in a glass.

Pour the glaze into the piping bag, then tie off the end.

Cut off the tip, small at first and then widening if needed, and draw a circle of where you want your glaze to go.

Then, fill in the circle, and use a toothpick to move it around in circles to get it to erase the lines of the spiral and settle down.

Her cookbook says to let it dry for about an hour.

Mine never fully dried, so it made it slightly more difficult to transport, but just as delicious.

1. This recipe is slightly adjusted from the one in Jo's cookbook as I found I needed more flour

2. To roll out the dough, use rolling guides or use something like two dowels on either sides of your parchment paper to help you get the thickness you want

3. The dough will be very soft when you go to cut it out, but they will bake up just fine. Just try not to overhandle them before chilling.

As an Amazon Associate and member of other affiliate programs, I earn from qualifying purchases. 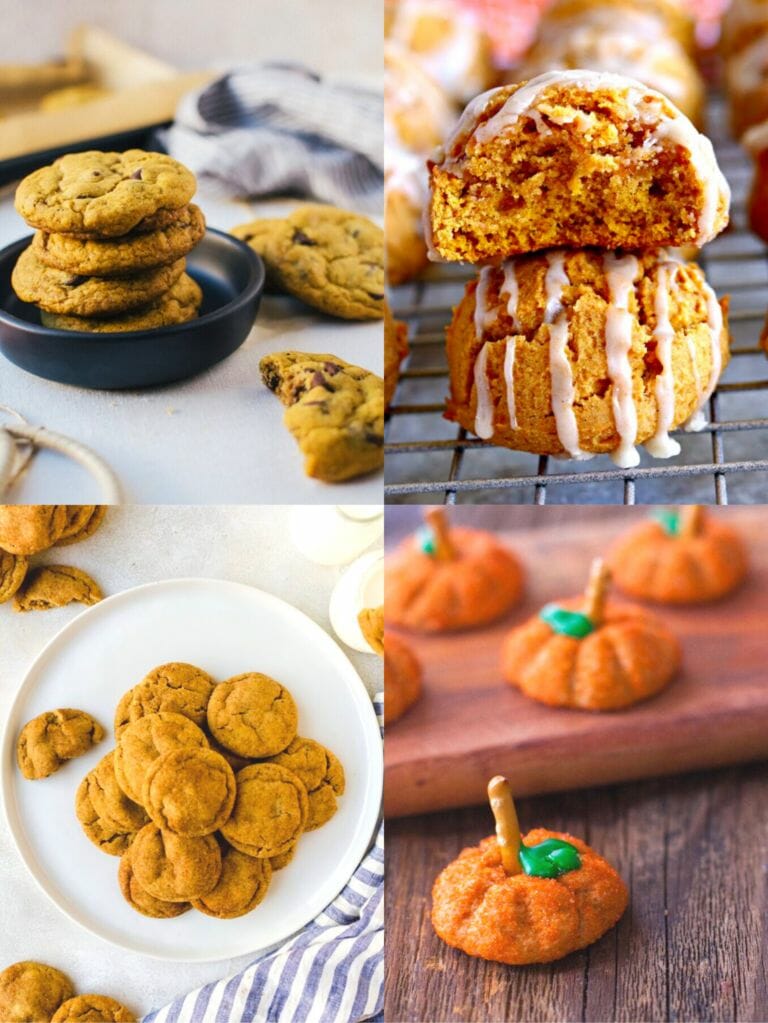 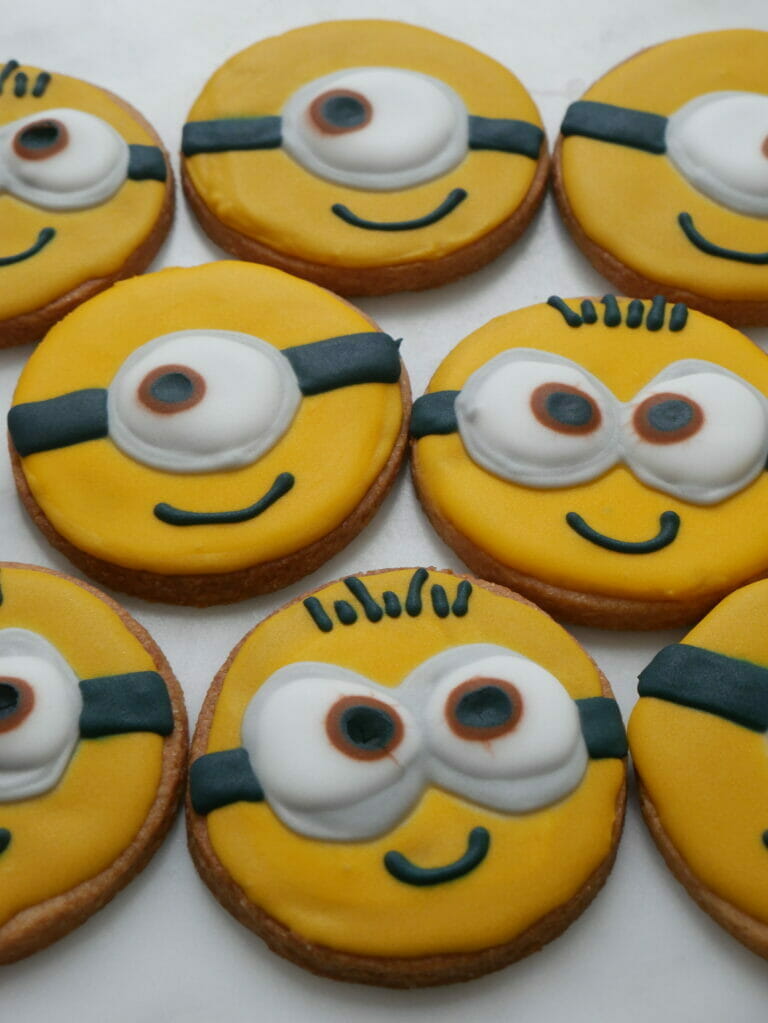 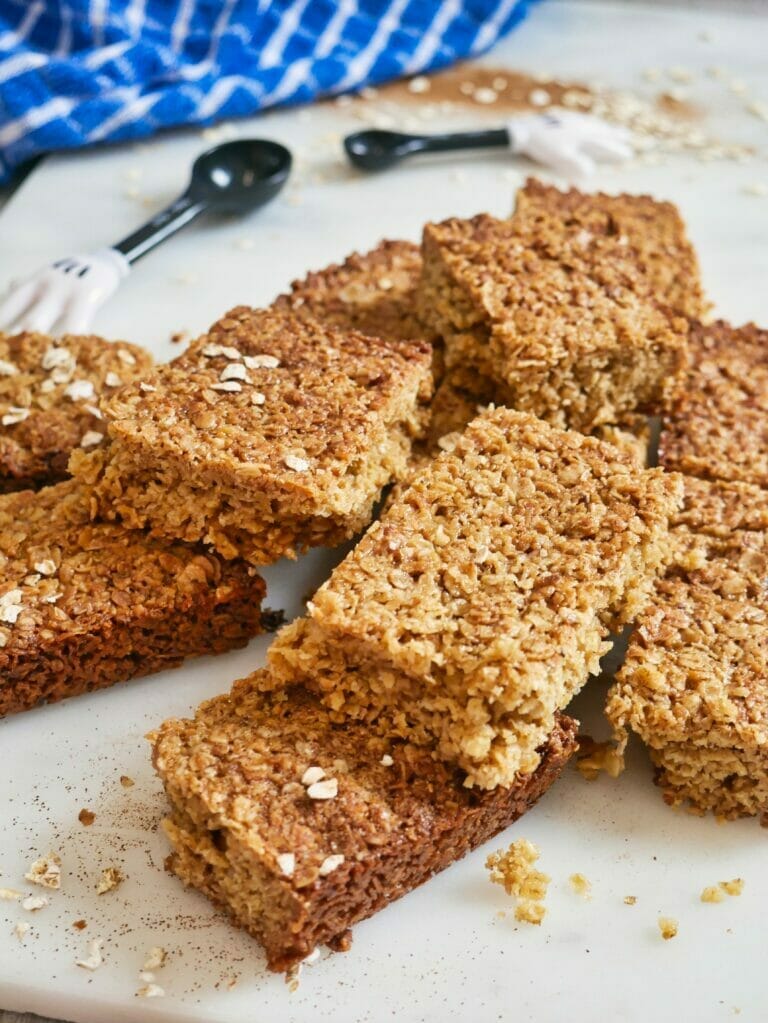 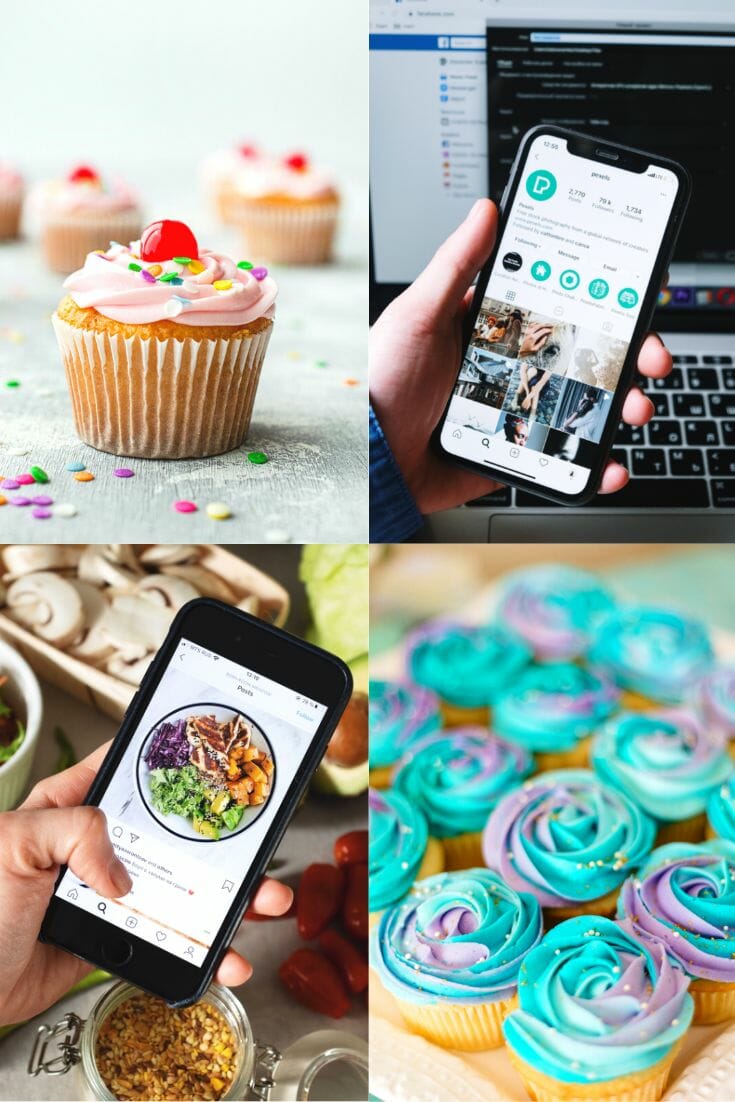 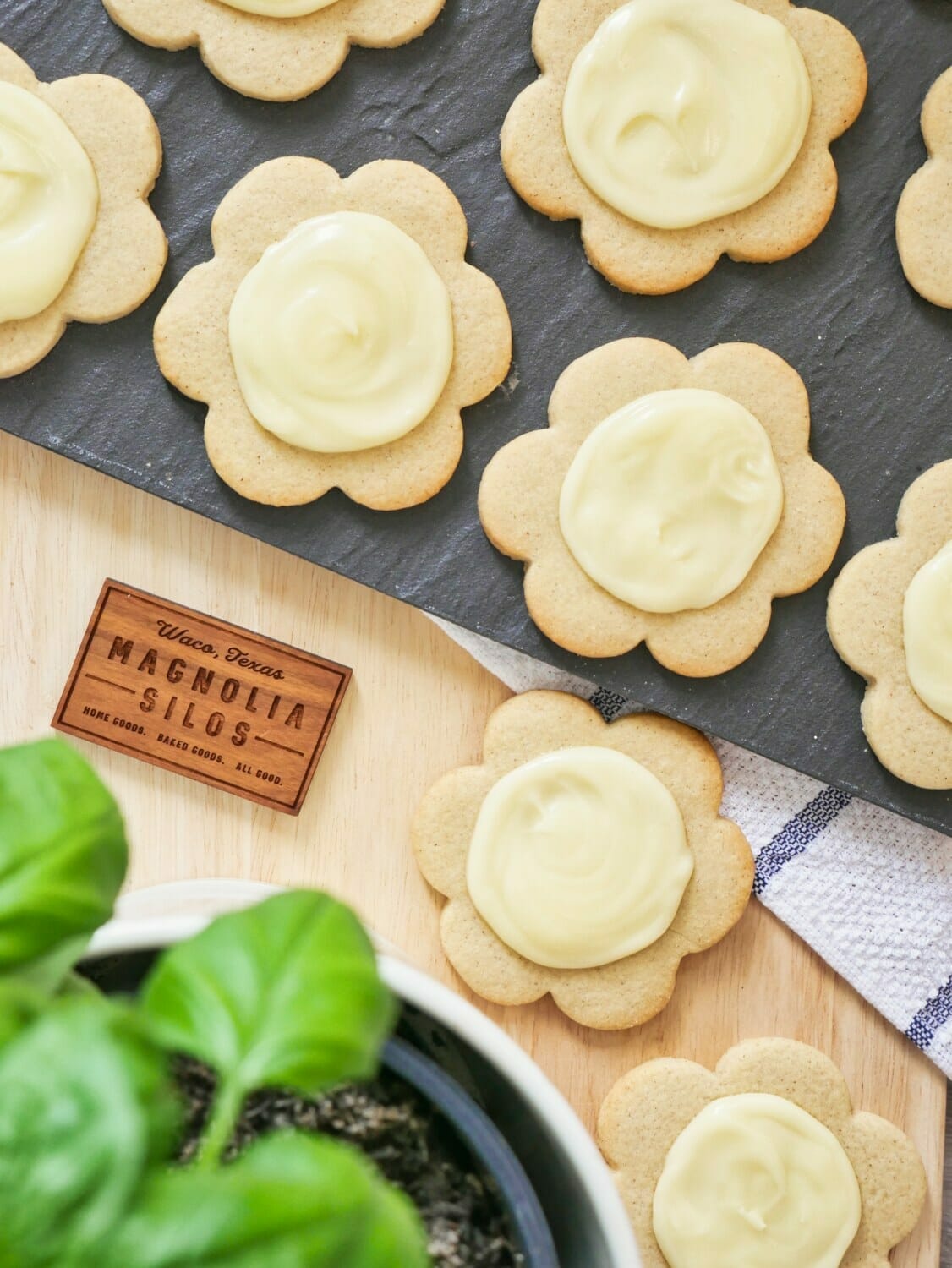